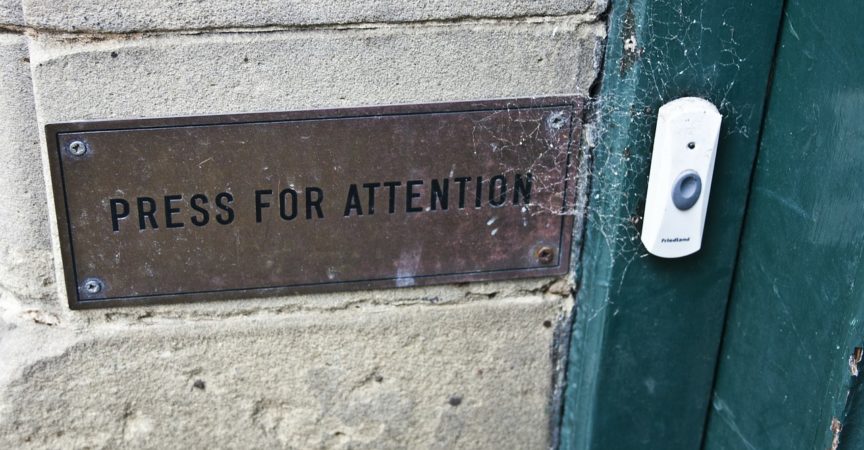 There are many decent smart doorbells, and which is the best one for you is going to depend on your requirements and preferences. There are a few things to consider before you decide for yourself.

There are two main ways to connect a smart/video doorbell, over WiFi or over PoE Ethernet. It’s possible to have Z-wave or Zigbee doorbells, but they typically don’t do video and aren’t anywhere near as common as WiFi based systems.

The vast majority of smart doorbells, if not every single one, will have a WiFi chip in it for connecting to your network and then on to the internet. This is by far and away the most popular method for connecting a video doorbell, simply because most people don’t already have data wiring at their doorbell location and aren’t going to run cabling there themselves, or hire it out. While streaming video over your WiFi connection isn’t the best option in terms of performance, it is the most convenient method for most people.

Most Doorbells will only offer a 2.4ghz chip, because those are cheaper to implement, and have the longer range.

Power Over Ethernet offers you the option of powering low voltage electrical devices with a standard Ethernet data connection. This is standard on lots of business class communications devices. Any modern office desk phone is connected and powered via PoE. It’s less common in residential applications, with modern security camera systems being the most common residential application, but it’s growing more popular every day.

If you can run a CAT6 wire to your doorbell, it will be more reliable and won’t eat up your limited wireless bandwidth. If you are building new, the marginal effort and cost to add another Ethernet drop is basically nothing, and thus should be your first choice.

Since PoE isn’t common in a home environment, there aren’t many choices in PoE doorbells, and sadly, there isn’t really a budget option available. My favorite doorbell, the Doorbird has PoE. Ring make the Elite, which has PoE support, but is their most expensive option.

Chinese Camera manufacturers Hikvision and Dahua also have PoE video doorbell offerings, but don’t have anything like the product support of Doorbird or Ring. I like Dahua cameras for residential applications, and don’t have any doubts about their Doorbell offering in terms of mechanics. I don’t trust the user experience will be as nice, or that the app would be kept up to date well though.

Many Video Doorbells will have their own dedicated motion sensor hardware. This is used to trigger recording on the camera typically. The other option is constant recording and software analysis to figure out when an event happens worth notifying the user about. This is a much harder process, and typically isn’t available for residential applications. A couple dollars worth of electronics is a very effective substitute for a doorbell application.

Make sure the doorbell you decide on has a motion sensor.

If your doorbell has terrible picture quality, it’s not going to be as useful to you. Pay attention before you buy.

Resolution is the number of pixels captured by the product. Typically expressed in numerical dimensions like 1920×1080 or in a marketing term like 720p or 1080p. One of the marketing tricks used often by cheaper cameras is to claim it has “FULL HD”, which is technically correct, but means it has the same resolution as DVD, or 480i, which will look like very poor quality to the average person these days. Look for something that does at least 720P, if not full 1080p.

Some manufacturers use a Megapixel (MP) specification instead, like is common in the security camera world. The more megapixels the better. 2MP cameras are slightly worse resolution than 1080p, and 3MP is far better.

Cameras will also differ in their approach to doorbell recording. Some will use a near in focal distance to get a good look at faces specifically, most will use a wider field of view, favoring a Capture everything in-front of the door with wide angle lens. I wouldn’t worry too much about this.  A good security system is going to have 1-2 supporting cameras up front anyway. Just make sure you can get a clear shot of visitors at the door with your doorbell. Some lenses will give a fishbowl effect.

Measured in frames per second, frame rate is important in video recordings because the higher, the more fluid the video appears in playback. The Stereotypical jerky convenience store camera footage you used to see all the time on the news (and still do a lot of the time). To save space on a hard drive, those systems are setup to only capture 5-10 frames a second or so, or 5-10 FPS. Movies are played back at 24FPS, and TV and most digital content is 30FPS, standard.

Make sure your doorbell of choice does at least 30FPS. You can always set it lower, but you want a chip that can do nice full recording when a event is detected. Those choppy crime clips from the convenience store are because there isn’t a reliable event detection method for those old/cheap camera systems, so they record everything all the time, but at a lower quality & frame rate to save storage space.

Your Doorbell will be pretty easy to use in an event based mode, so you won’t have to worry about storage from door events. 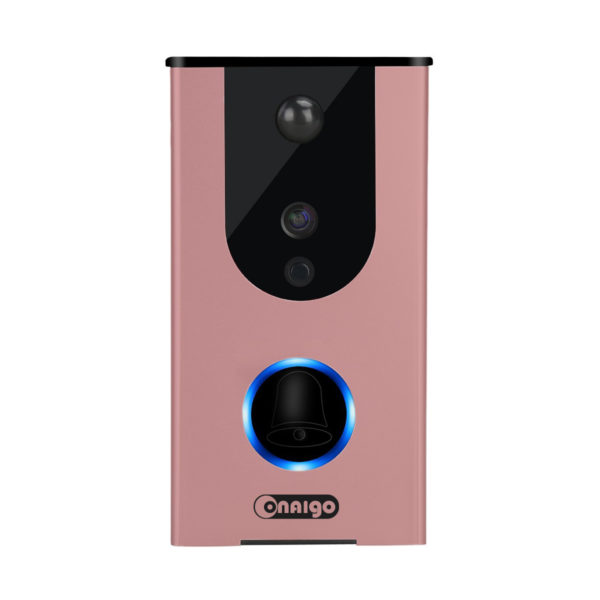 Big pink doorbell anyone? No?

Beauty is in the eye of the beholder, but some devices are going to be a little more stylish than others. Most, being meant for old construction are meant to sit on the outside of the house in the space your normal doorbell sits. Typically they tend to be larger than your standard dumb doorbell though, to accommodate the camera and other parts.

New Construction has some options that actually look quite nice, since you can integrate them into the building seemlessly. Though I would be sure to build in such a way you aren’t locked in to a specific model or size doorbell for all time. 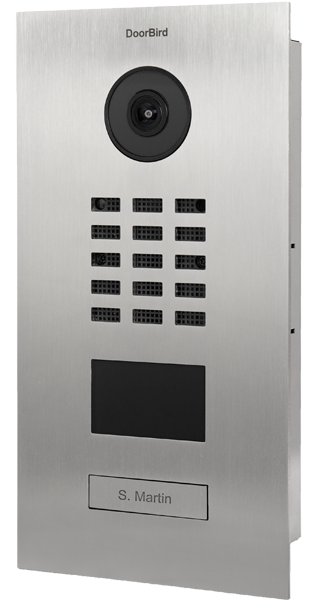 A sleek flush-mount boxes for new construction or remodeling.

If you need a small doorbell to fit your home, take a look at the Nest Hello or Ring Doorbell Pro. Both are smaller than average, but still not quite as small as your standard dumb $15 doorbell, so if your builder set it into the trim (frustratingly common), you with need some sort of home made bracket so you can set a smart doorbell up flush.

Narrow long rectangles are popular all over North America in modern construction. European design has favored round doorbells since doorbells involved literal bells. If you are looking for a round doorbell, take a look at the Skybell HD. It is best in class for the round format.

If I were buying a doorbell today, the Doorbird series gets my money all day long. It checks so many boxes for me.

It is basically a well thought out commercial grade access control device built for the residential market that comes in several form factors. They have surface mount, flush mount, Gate mount, and Multi-unit varieties. Even an integrated letterbox version. If I were designing my ideal doorbell, I would basically design the Doorbird.

If you are building new especially, since then you can really take advantage of all the features that set it above it’s more consumer grade competition. PoE is easy in new construction. Nobody else is including relay switches to control ancillary devices. You can add an electric strike and boom, smart door with any old dumb handle you want. You can run a wire to any old dumb garage door opener, and boom, automated garage door.

If You Are Retrofitting an Existing Home 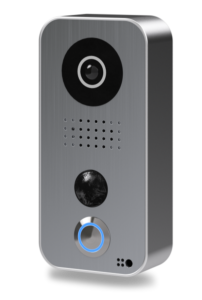 If you already have a home and are looking for plain vanilla doorbell features, but with some serious benefits like local control and open integrations, then the Doorbird D101S is probably the unit for you. It’s the direct competition form factor to other smart doorbells. It still has more to offer, but you most likely won’t use them.

If you are interested in an electric strike or automatic door opening system (wheelchair?), or running a wire out to the garage too, then the D2101V is maybe a better option. They make a surface mount box for all their flush mount options, if you like the look or features. The flush mount options do indeed seem more architectural in my mind if the look is important to you.

If You Are Building New 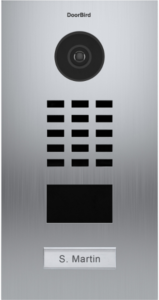 Just skip right over the D101 series and go straight to the D2101V, or upgrade to a VK model with a keypad and RFID for $200 more to round out the smart door functionality. If you are building new, it’s never easier to add an electric strike and run wiring for a door opener, and the garage door. Or out to a gate or garage side door, etc. Plus the flush mount is the cleanest looking install.